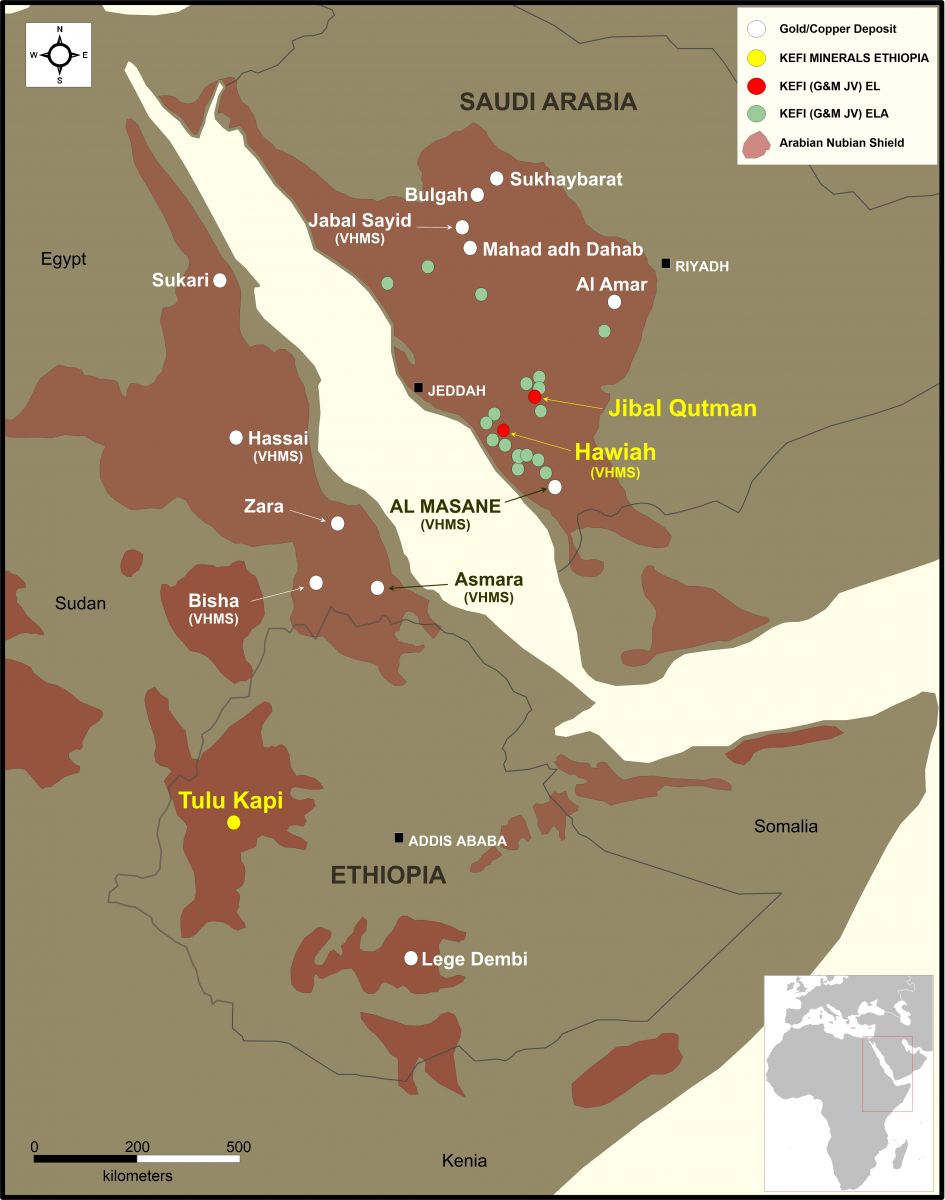 Our aim is to create wealth for our shareholders by developing into profitable mines the gold and base metal deposits that the Company has discovered or acquired in a cost-effective manner.

KEFI was formed in 2006 as an explorer-developer focused on the Arabian-Nubian Shield, due to its outstanding prospectivity for gold and copper in particular.  The Company’s mission is to discover or acquire economic gold and copper mineralisation and follow through where justified with cost effective responsible mine development and production in compliance with local laws and international best practice.

KEFI partners with appropriate local organisations of standing, such as ARTAR in the Kingdom of Saudi Arabia for our Gold and Minerals Limited (“G&M”) incorporated joint venture and with the Government in Ethiopia for our jointly owned Ethiopian project company, Tulu Kapi Gold Mines Share Company (“TKGM”).

Operationally, we align with industry specialists such as Lycopodium and Perenti/African Mining Services - selected as our principal project contractors for TKGM, which is KEFI’s first development project. We also engage leading independent industry specialist advisers to ensure  compliance with the latest inernational standards.

KEFI was initially led by exploration specialists and the 2014 acquisition of the Tulu Kapi Gold Project triggered the appointment of management with track records in mine development and operation in Africa and elsewhere. Some elements of the Tulu Kapi Gold Project’s development commenced in late 2019 with the full development commitment scheduled to start in late 2020. KEFI also intends to launch field programmes in the Exploration Licence application areas of over 1,000 square kilometres in the surrounding district where drilling has already intercepted gold mineralisation in several locations.

In Saudi Arabia, our Hawiah Project is a significant copper-gold discovery and follows our earlier gold discovery at Jibal Qutman, for which we have lodged a mining licence application. We have registered applications for exploration of other areas selected from our proprietary database, aggregating more than 1,000 square kilometres in Saudi Arabia.

The activities in Saudi Arabia and Ethiopia provide a strong project pipeline covering the spectrum from a development-ready project to walk-up drill targets. We are confident in our mission, assets and team.

Our focus on gold is now demonstrating itself as being wise as the gold price and its outlook appear to be a beneficiary of the turmoil that is challenging the world. And copper’s importance is being strongly reinforced by technological innovation in renewable energy systems (60% of its usage) and telecommunications, where it is the most-used element.